Vietnam’s Machiavelli: Lê Đức Thọ and His Quest to Shape the Communist Party of Vietnam

Vietnam’s Machiavelli: Lê Đức Thọ and His Quest to Shape the Communist Party of Vietnam

In the West, mention the name Lê Đức Thọ and he is recalled as Henry Kissinger’s arch-nemesis at the Paris Peace Talks and the only person to have ever refused the Nobel Peace Prize.[1] Yet Lê Đức Thọ’s influence extended well beyond Paris and Copenhagen. As a founding member of the Indochinese Communist Party and later the chief of the Party’s powerful Central Organization Commission [Ban Tổ Chức Trung Ương], Lê Đức Thọ cast a long shadow over Vietnam for several decades, playing an integral role in such events as the so-called Anti Party Affair [Vụ án Xét lại Chống Đảng] and Đổi Mới [Renovation].  Nonetheless, he largely remains shrouded in mystery. Through Vietnamese newspapers, memoirs, archives, and interviews, in this talk I examine two related question. Who was Lê Đức Thọ? And how do we account for his rise to power? Through this analysis, I argue that scholars and observers need to reconsider the architecture of power in Communist Vietnam. 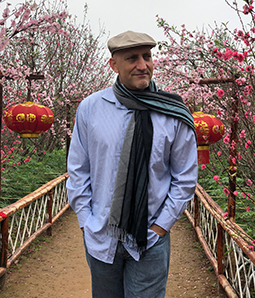 Dr. Jason A Picard is the Founding Assistant Professor of Vietnamese History and Culture at VinUniversity, Hanoi. A historian of Southeast Asia by training, Dr. Picard received his PhD in History from the University of California, Berkeley and MA in Asian Studies from Cornell University.  Prior to arriving at VinUniversity, Dr. Picard served as lecturer of Modern Southeast Asian History at Loyola University Chicago’s Vietnam Center, teaching a variety of courses on Vietnam and Cambodia. He has been a Fellow at both Vietnam’s National Institute of Literature (2003-2004) and Institute of History (2007-2009).

Dr. Picard is a proponent of Applied History, the use of historical precedents and analogues for understanding current challenges. His research interests include war, migration, social movements, economic history, literature, translation studies, Marxism-Leninism, Cold War history, and international history. He is currently completing a book manuscript entitled Fragmented Loyalties: How Vietnam’s Great Migration Destabilized a Nation and Altered a War examining the impact of one of the most crucial events of Vietnam’s 20th century, the migration of 1954-1955.