The Unimagined Community: Imperialism and Culture in South Vietnam

The Unimagined Community: Imperialism and Culture in South Vietnam

Nearly half a century after it ended, the Vietnam War continues to be understood, in accordance with the communist-capitalist binary of Cold War doctrines, as a contest between communism and democracy, Marxism and nationalism. Adopting this perspective, historians have condemned the First Republic of Vietnam (1955-1963) as an authoritarian government and a comprador puppet regime, imposing a repressive program of forced relocation against its own population while pretending to be a bastion of liberal democracy. In his talk, Duy Lap Nguyen proposes a fundamental revision to this conventional view of the history. Contrary to its critics, the First Republic was not a reactionary regime, but radical one whose principal aim was to empower the Vietnamese peasantry while isolating the comprador urban elite by initiating a social revolution against the communist insurgency in the countryside. This social revolution, which was directly opposed to the republicanism or bourgeois democracy demanded by the Americans and the urban elite, was also intended as a means of limiting the increasingly imperialistic interference of the US in South Vietnamese affairs. Given the revolutionary aims of the First Republic, Nguyen argues that, in its early stage, the Vietnam War was not a struggle between communism and democracy, but a conflict between two competing forms of anti-colonial socialism.

“In The Unimagined Community: Imperialism and Culture in South Vietnam, Duy Lap Nguyen has dissolved the entrenched stereotype of Ngô Đình Diệm and developed an analysis of his thought, aims, policies, and opponents that is fresh and convincing, meanwhile subverting prevailing interpretations of modern Vietnamese history. … This book’s arguments… grounded in historical evidence, are informed by philosophy and cultural criticism… is bound to be increasingly understood as the encrusted stereotypes of the war gradually fade.”  — Keith Taylor, Cornell University 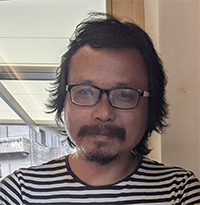 Duy Lap Nguyen is associate professor in the Department of Modern and Classical Languages at the University of Houston. His first book, The Unimagined Community: Imperialism and Culture in South Vietnam (Manchester University Press, 2020), presents a fundamental revision of the Vietnam War from the perspective of the South Vietnamese. Addressing a conspicuous absence in the historiography, the book presents a wide-ranging analysis of the impact of the American intervention on South Vietnamese culture, from film and serialized fiction to political philosophy and the use of media in psychological warfare. Nguyen’s second, book Walter Benjamin and the Critique of Political Economy (Bloomsbury, July 2022), presents an interpretation of Benjamin’s historical materialism in relation to his early philosophical writings.