THE RISE OF THE OCTOBRISTS

THE RISE OF THE OCTOBRISTS 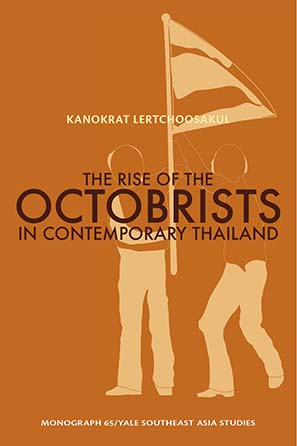 The Rise of the Octobrists in Contemporary Thailand:
Power and Conflict Among Former Left-Wing Student Activists in Thai Politics

This book chronicles the history of the “Octobrist” students in Thai politics from the 1970s to the present. It examines the reasons why these former leftist student activists have managed to remain a significant force over the past three decades despite the collapse of left-wing politics in Thailand at both the national and international levels. At the same time, it asks why the Octobrists have become increasingly divided, particularly during the last decade’s protracted conflict in Thai politics. In addition, it fills in gaps in studies of leftists in transition at the global level on the question of the historical development of leftist and progressive forces in the post–Cold War era. The book is also important for readers interested in social movement theory, demonstrating how it has influenced political actors outside the boundaries of typical social movements. Finally, political opportunity structure, resource mobilization theory, and the framing process are used to conduct a  comprehensive analysis of the origins, emergence, and transformation of the Octobrists in contemporary Thai politics.

Kanokrat Lertchoosakul completed her PhD in government at the London School of Economics and Political Science, London, United Kingdom. She is a lecturer in the Faculty of Political Science, Department of Government, Chulalongkorn University, Bangkok, Thailand.