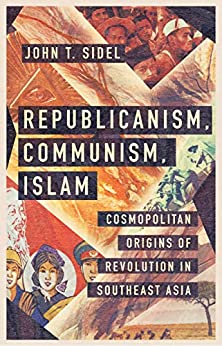 Republicanism, Communism, Islam: Cosmopolitan Origins of Revolution in Southeast Asia offers a reinterpretation of modern Southeast Asian history and of the Philippine, Indonesian, and Vietnamese revolutions, which have long been understood in terms of the rise of nationalist consciousness and struggles for new nation-states. The book recasts modern Southeast Asian history in terms of the region’s deepening integration into the world economy, the broadening of its connections with other regions of the world, and the emergence and evolution of new forms of modern cosmopolitanism consciousness, connectedness, and capacities for organization under such rubrics as republicanism, Communism, and Islam. Successive chapters trace the conditions and processes enabling and impelling revolutionary mobilization in the Philippines, Indonesia, and Vietnam over the late 19th and early-mid 20th centuries, demonstrating the significance of transcontinental and transoceanic discursive and organizational networks on the one hand, and global economic trends and international conflicts on the other, for determining the forms, trajectories, outcomes, and aftermaths of these three major revolutions in Southeast Asia. Overall, the book thus offers a new –denationalized, transnationalized, and internationalized – analytical framework for understanding the modern history of the Philippines, Indonesia, Vietnam, and Southeast Asia as a whole. 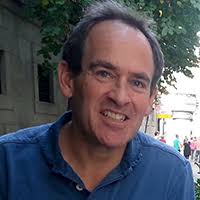 John T. Sidel is the Sir Patrick Gillam Professor of International and Comparative Politics at the London School of Economics and Political Science (LSE). He is the author of Capital, Coercion, and Crime: Bossism in the Philippines (Stanford University Press, 1999), (with Eva-Lotta Hedman) Philippine Politics and Society in the Twentieth Century: Colonial Legacies, Postcolonial Trajectories (Routledge, 2000), Riots, Pogroms, Jihad: Religious Violence in Indonesia (Cornell University Press, 2006), The Islamist Threat in Southeast Asia: A Reassessment (East-West Center, 2007), (with Jaime Faustino), Thinking and Working Politically in Development: Coalitions for Change in the Philippines (The Asia Foundation, 2020), and Republicanism, Communism, Islam: Cosmopolitan Origins of Revolution in Southeast Asia (Cornell University Press, 2021).