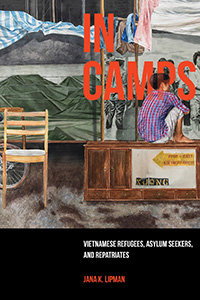 After the US war in Vietnam, close to 800,000 Vietnamese left the country by boat, survived, and sought refuge throughout Southeast Asia and the Pacific. This is the story of what happened in the camps. In Camps raises key questions that remain all too relevant today: Who is a refugee? Who determines this status? And how does it change over time?

From Guam to Malaysia and the Philippines to Hong Kong, In Camps is the first major work on Vietnamese refugee policy to pay close attention to host territories and to explore Vietnamese activism in the camps and the diaspora. This book explains how Vietnamese were transformed from de facto refugees to individual asylum seekers to repatriates. Ambitiously covering people on the ground—local governments, teachers, and corrections officers—as well as powerful players such as the UN High Commissioner for Refugees and the US government, Jana Lipman shows that the local politics of first asylum sites often drove international refugee policy. Unsettling most accounts of Southeast Asian migration to the US, In Camps instead emphasizes the contingencies inherent in refugee policy and experiences.

Published by University of California Press 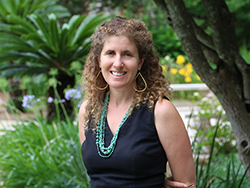 Jana K. Lipman Jana Lipman is an Associate History in the History Department at Tulane University. She teaches classes in U.S. History, Labor and Migration, and U.S. Foreign Policy. She is the author of Guantánamo: A Working-Class History between Empire and Revolution, which was the Co-Winner of the 2009 Taft Prize in Labor History, and the cotranslator of Ship of Fate: Memoir of a Vietnamese Repatriate.  She has also published scholarly articles on Vietnamese, Cuban, and Haitian refugees. In addition to her academic work, Jana has been active in public history, advising the Guantánamo Public Memory Project, which seeks to initiate dialogue and debate about the history of U.S. intervention in Cuba, U.S. immigration policies, U.S. detention policies, and human rights in the contemporary moment. She also has a long commitment to civil rights and social justice. Jana has worked for the NYCLU (the ACLU of New York), organized graduate student workers (GESO), and served as a US Peace Corps volunteer in the Eastern Caribbean. She also currently serves on the Executive Board of the Labor and Working-Class History Association (LAWCHA). Jana Lipman received a PhD in US History from Yale University in 2006 and graduated with a BA from Brown University in 1996. She has lived in New Orleans since 2008.