Jangai Jap, Early Career Provost Fellow at the University of Texas at Austin in the Department of Government 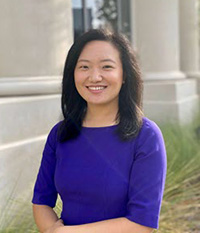 “In the immediate aftermath of the recent coup in Myanmar, regular protests merged in some ethnic minority areas while other ethnic minority areas were quiescent. What explains these patterns of protest? Under what conditions do ethnic minorities support pro-democracy mobilization? I answer these questions by leveraging a fine-grained and unique dataset consisting of protest occurrences in post-coup Myanmar (February to August 2021) and township-level ethnicity data. I examine the extent to which gestures of minority inclusion and commitment to power-sharing made by the main opposition party informed ethnic minorities’ support for pro-democracy mobilization. However, I find very little evidence supporting this expectation. Instead, patterns of protests in Myanmar’s ethnic minority areas are better explained by whether or not the minority community has an active and strong ethnic armed organization.”

Jangai Jap is an Early Career Provost Fellow at the University of Texas at Austin in the Department of Government and a Post-Doctoral Fellow in the Politics of Race and Ethnicity Lab. She is also an incoming Assistant Professor in the Department of International Affairs at the University of Georgia’s School of Public and International Affairs (starting Fall 2023). She earned her Ph.D. in Political Science from the George Washington University (August 2021) and her BA in Judaic Studies and Political Science from Yale University (Pierson 2014). She studies Comparative Politics with a focus on ethnic politics, nationalism, minority-state relations, civil war, and Burma/Myanmar politics.