Conjuring spirits: the melancholic play of alcohol-drinking Lisu men on the China-Myanmar border

Conjuring spirits: the melancholic play of alcohol-drinking Lisu men on the China-Myanmar border 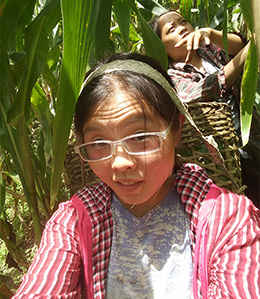 Lau Ting Hui is an Assistant Professor of Anthropology at Yale-NUS College. Her book in progress, Wounds of Progress: Colonial Development and the Politics of Affliction on the China-Myanmar Border, examines the rise of afflictions such as haunting and alcohol madness among the Lisu, a transnational Indigenous community, in the context of Chinese state expansion and Christian missionization. Bridging medical, psychological, and environmental anthropology, Lau’s work seeks to rethink normative assumptions about what counts as the political, who economic development is for, and how to achieve well-being. Her continuing research agenda includes more-than-human anthropology, Asian colonialisms, and transnational indigenous social movements in Southeast Asia.