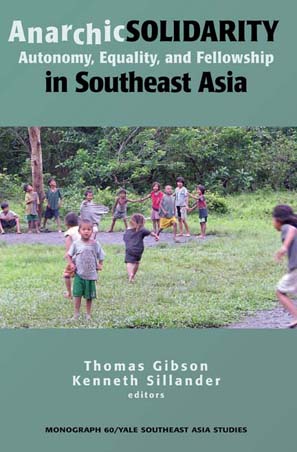 This volume analyzes a group of Southeast Asian societies that have in common a mode of sociality that maximizes personal autonomy, political egalitarianism, and inclusive forms of social solidarity. Their members make their livings as nomadic hunter-gatherers, shifting cultivators, sea nomads, and peasants embedded in market economies. While political anarchy and radical equality appear in many societies as utopian ideals, these societies provide examples of actually existing, viable forms of “anarchy.” This book documents the mechanisms that enable these societies to maintain their life-ways and suggests some moral and political lessons that those who appreciate them might apply to their own societies.

“This collection marks an epochal leap in anthropological studies of egalitarianism. Rather than engage in the usual quixotic and rather pointless debate over whether it is possible to find a truly “egalitarian society,” the authors start from the much more sensible assumption that we must begin by considering egalitarianism as a form of moral commitment, and conclude that those places where that moral commitment is strongest are precisely those places where “society,” as we usually conceive it, can least be said to exist. This volume should become a model for future research.”
- David Graeber, Reader in Anthropology, University of London

“How do anarchic, egalitarian societies maintain their shape and values in a world of hierarchy? Here in Anarchic Solidarity, Gibson and Sillander have brought together the most experienced and sophisticated scholars to brilliantly illuminate the social, economic, geographic and ritual foundations and practices that underwrite individual autonomy and coordination without hierarchy. Unsurpassed and bound to be influential far beyond regional studies.”
- James C. Scott, Sterling Professor of Political Science and Anthropology, Yale University

Thomas Gibson is Professor of Anthropology at the University of Rochester. He began fieldwork among the Buid of Mindoro, Philippines, in 1979, and among the Makassar of South Sulawesi, Indonesia, in 1988.

Kenneth Sillander is Senior Lecturer in Sociology at the Swedish School of Social Science, University of Helsinki. He has done fieldwork among the Bentian of Indonesian Borneo since 1993.