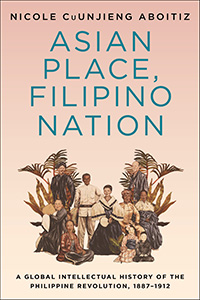 The Philippine Revolution of 1896–1905, which began against Spain and continued against the United States, took place in the context of imperial subjugation and local resistance across Southeast Asia. Yet scholarship on the revolution and the turn of the twentieth century in Asia more broadly has largely approached this pivotal moment in terms of relations with the West, at the expense of understanding the East-East and Global South connections that knit together the region’s experience. Asian Place, Filipino Nation reconnects the Philippine Revolution to the histories of Southeast and East Asia through an innovative consideration of its transnational political setting and regional intellectual foundations.

Nicole CuUnjieng Aboitiz charts turn-of-the-twentieth-century Filipino thinkers’ and revolutionaries’ Asianist political organizing and proto-national thought, scrutinizing how their constructions of the place of Asia connected them to their regional neighbors. She details their material and affective engagement with Pan-Asianism, tracing how colonized peoples in the “periphery” of this imagined Asia—focusing on Filipinos, but with comparison to the Vietnamese—reformulated a political and intellectual project that envisioned anticolonial Asian solidarity with the Asian “center” of Japan. CuUnjieng Aboitiz argues that the revolutionary First Philippine Republic’s harnessing of transnational networks of support, activism, and association represents the crucial first instance of Pan-Asianists lending material aid toward anticolonial revolution against a Western power. Uncovering the Pan-Asianism of the periphery and its critical role in shaping modern Asia, Asian Place, Filipino Nation offers a vital new perspective on the Philippine Revolution’s global context and content. 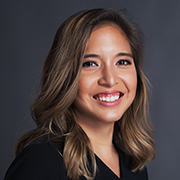 Nicole CuUnjieng Aboitiz is a research fellow at Clare Hall, University of Cambridge, and is executive director of the Toynbee Prize Foundation. Her research is broadly interested in the intellectual and transnational history of Southeast Asia. Originally from the Philippines, she earned her PhD in Southeast Asian and international history at Yale University, with minor fields in empires and imperialism, and modern Japanese history. Her doctoral dissertation charted the employment of ‘place’ in the proto-national thought and revolutionary organising of turn-of-the-twentieth-century Filipino thinkers, and how their negotiations with, and constructions of, the place of ‘Asia’, and the spatial registers of race/Malayness, connected them to their regional neighbours undertaking the same work. In so doing, her dissertation illuminated the connections between the discourses of the political then proliferating across the countries that would become Vietnam and the Philippines.

The postdoctoral work Dr CuUnjieng Aboitiz is now pursuing employs the idea of ‘Asia’ within Philippine thought as a heuristic, using it to chart the global paradigm shifts of the twentieth century that repeatedly redrew the planes upon which transnational Asia and its models of regional solidarity could rest. Amid ‘benevolent’ American colonial tutelage, the Bolshevik Revolution, the rise of Japan, and regional decolonisation, she analyses Philippine Pan-Asianism’s transition into the more ethnically limited Pan-Malayism and the more transnational Third Worldism that would follow.