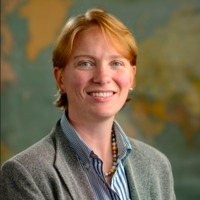 Myanmar is currently embroiled in a nation-wide resistance movement to General Min Aung Hlaing’s February 2021 coup d’etat. Groups of the largest ethnic nationality after the Bamar, the Shan, have been involved in political, cultural and military separatist movements for over six decades. Based on long-term fieldwork in a community of veteran Shan soldiers and their affiliates, Jane M Ferguson explores the historical roots of ethnicity in uplands Southeast Asia, comparing statecraft across three national horizons: Myanmar, Thailand, and Shanland. Looking beyond the grips of the nation, she will also explore the dynamics of music production and informal fandom, considering the ways that music and nostalgia offer a complex alternative to borderlands cultures, nostalgia and longings.

Jane M. Ferguson is Associate Professor in Anthropology and Southeast Asian History in the College of Asia and the Pacific at Australian National University. She has carried out ethnographic fieldwork on Shan ethno-nationalism, done archival and oral history research on Burmese cinema, and has published on Burmese rock music and unpopular culture.