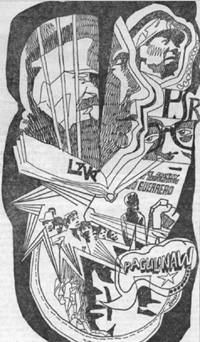 In April 1967 the Partido Komunista ng Pilipinas (PKP) broke in two. This talk examines how a contradiction at the heart of the party’s program, which sought to retain both leadership over a mass movement and an alliance with a section of the elite, fragmented the party along the lines of the Sino-Soviet dispute. The ideological expression of the rival national interests of the Soviet Union and People’s Republic of China found congruent alignment with the diverging social forces in the PKP. The Soviet bureaucracy offered attractive terms of trade to countries of belated capitalist development. Sections of Filipino capitalists saw this as a means of developing national industry, and leading layers of the PKP allied themselves with the Marcos administration in support of these ends. In contrast, the ideas of cultural revolution and protracted people’s war expressed the geopolitically imperiled position of China. University-based youth were drawn to this perspective. Over the course of 1966, the PKP was torn apart along the fault-lines of the Sino-Soviet ideological split, as this global dispute gave political form to the diverging social interests within the party. The insights gained from the examination of the Sino-Soviet split in the Philippines can deepen and nuance our understanding of the development of the Cold War in Southeast Asia. 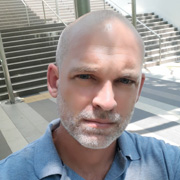 Joseph Scalice is a visiting fellow at the Saw Swee Hock Southeast Asia Centre at the London School of Economics and Political Science. He completed his PhD in South and Southeast Asian Studies at UC Berkeley in 2018. Dr. Scalice specializes in the history of revolutionary movements and authoritarianism in Southeast Asia with a focus on the postwar Philippines, and has published articles on these topics in Critical Asian Studies, History and Anthropology, Journal of Southeast Asian Studies, and Diplomatic History, among others.  His forthcoming book, The Drama of Dictatorship: Martial law and the Communist Parties of the Philippines (Cornell University Press, 2023), analyses the events leading up to the declaration of martial law by Ferdinand Marcos in 1972 and uncovers the critical role played by two rival Communist Parties in the affair.